While Land Rover is Celebrating its 70 years of rugged dominance in offroading and durability, LR has now released its upgraded version with more power, potential, and innovation to mark its solidarity.

The “No Time to Die,” is James Bond 007 series’s 25th film. The production house has released a power-packed action clip from the film and it looks stunning and unbelievable. The movie which was slated for a May release has been postponed to this year-end like many other films. The sheer dominance and power of the Land Rover is a visual treat to watch in the video. You will know the reason once you see the Defender’s action performance in this mini cut trailer.

Play the video to watch some jaw-dropping action scenes.

This video shows the Land Rover Defender’s all possible (they call it a rehearsal) acrobatic skills in the action scenes. It looks like these scenes were exclusively shot for the Defender’s branding (lol). But one can definitely see the other side of this offroad king in its high note performance action scenes.

#JawDrop 01 happens when ‘The Defenders’ jumps from the cliff and they give a tough run in the hilly no roads along with the motorcyclists (TRIUMPH scrambler motorbikes – btw those were bad guys I believe) and keeping up its attitude. After some thorough muddy ride in the river banks and into the forest comes the jump out of a bush and rolls over to the land on four wheels (jeez! #jawdrop 02). That was a complete jaw drop scene, with its damaged front the Defender still defends and throttles up again for the chase (one badass car man!).

“We pushed the Defender further than we believed possible to generate the maximum excitement, and to give fans an insight into the uncompromising challenge of producing an incredible chase sequence which you can look forward to seeing in No Time To Die.” 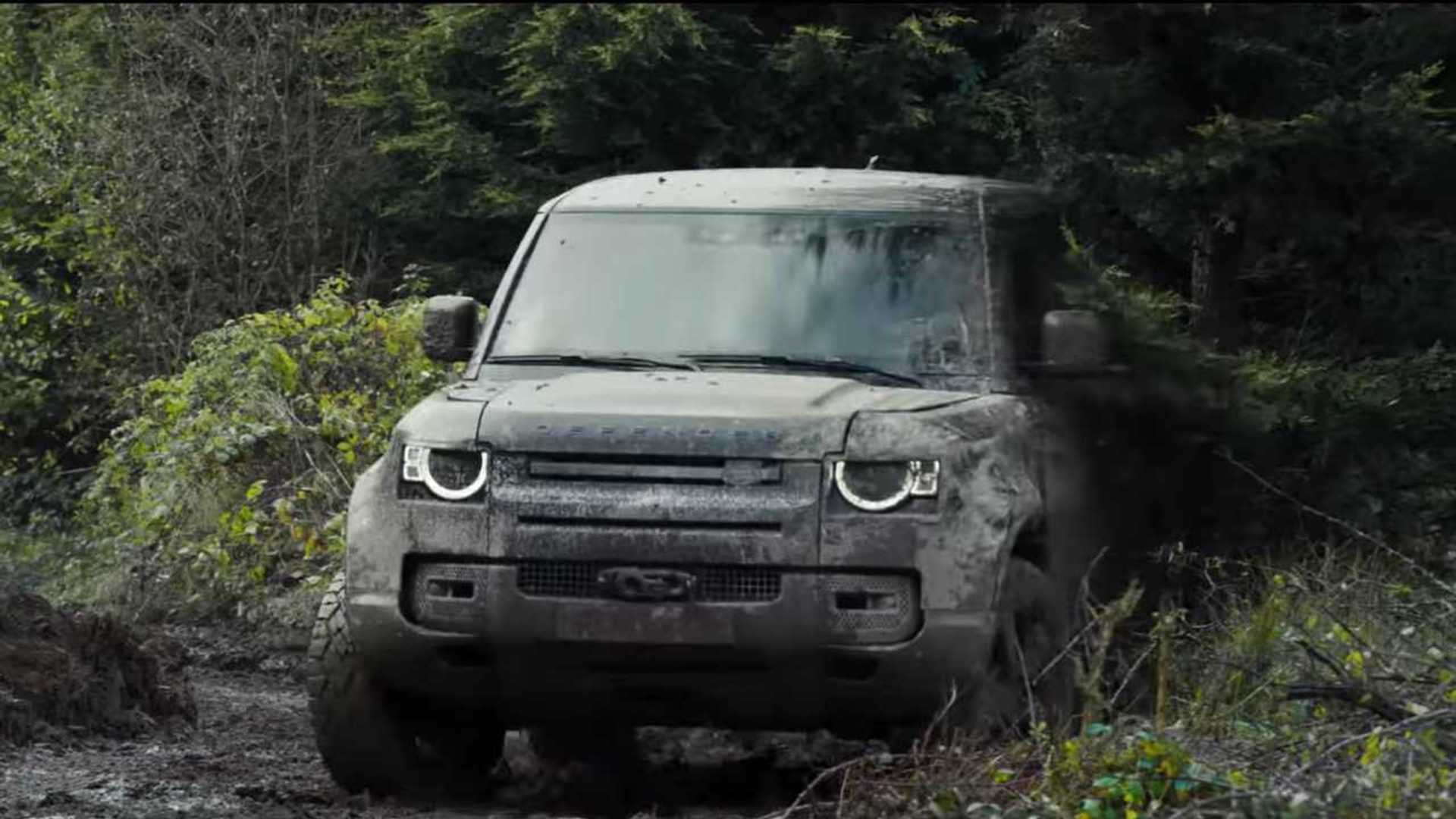 It was simply awesome to watch this goose-bumpy car chase and can’t wait to watch James Bond 007’s “No Time To Die” movie on the silver screen this year.

“The Defender is at its home.”

I hope Corona’s effect does not push it to the OTT platform release.

This new generation SUV is expected to release in the Indian market later this year if the current Corona situation clears soon. Best of luck to the LandRover and James Bonds production team.

Subscribe to our newsletters to be the first to get the latest engine stories.

© 2021 All Rights Reserved.
Back to
log in
Choose A Format
Personality quiz
Series of questions that intends to reveal something about the personality
Trivia quiz
Series of questions with right and wrong answers that intends to check knowledge
Poll
Voting to make decisions or determine opinions
Story
Formatted Text with Embeds and Visuals
List
The Classic Internet Listicles
Ranked List
Upvote or downvote to decide the best list item
Meme
Upload your own images to make custom memes
Video
Youtube, Vimeo or Vine Embeds
Image
Photo or GIF
Gif
GIF format